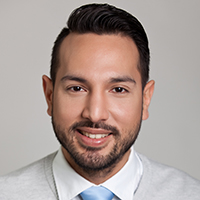 It wasn’t until the age of 19 that Franklin started to dance alongside his study. He graduated in Management, Economics and Law (HES Rotterdam), obtained a Bachelors degree in Business Administration and gained a diploma in PR/Communications (NIMA).

Franklin has worked a few years for Nike (EHQ) and later moved on to the FNV, the biggest union in Holland. He became a publicist for their youth department and was responsible for the Marketing and Communication. In that role he successfully lead activities, which often were picked up by the press (print, radio and TV). A project in cooperation with radio station SLAM FM and a campaign in cooperation with MTV Networks are some of his highlights.

Franklin always kept dancing next to his job. In 2004, he became a part-time entrepreneur and started Dutch Dance Agency with Roy Jonathans. Less than a half-year later Holland got to know them in an instant. The producers of ‘Jetix Planet live in Ahoy’ booked them to provide dancers for five acts, including the former international pop sensation ‘Girls Aloud’.

They didn’t lose sight of their educational ambition. Dutch Dance Agency was one of the first who organized workshop with choreographers working in the American industry. They brought over Teresa Espinosa who is known for her work for Janet Jackson and Britney Spears. And they organized one with Maryss from Paris, who has worked with Justin Timberlake and Missy Elliott. This event was televised by TMF (a former MTV owned TV music station).

In 2008 Franklin said goodbye to the stage and fully resigned from his day job. From then on he works under their company and supplies shows and entertainment for various clients such as TV companies like RTL and Nickelodeon, beauty brands like Schwarzkopf and L’Oréal, businesses like Shell and Phillips and (sport) fashion brands like Mexx and Nike.

In 2008 Franklin also came aboard at the Albeda Dance College as a production manager and a teacher entrepreneurship. For this subject he formed the exam and executes this every year.

You could describe Franklin as an entrepreneur, producer, marketer, communicator, teacher and coach. Soon he can add ‘author’ to this list. He is currently writing his first book based on his own experiences in the dance world.